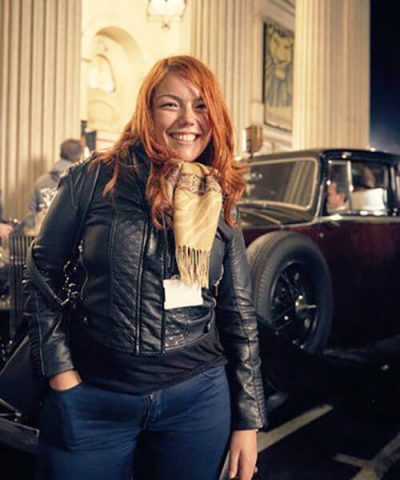 Allie Elwell used to think her dream job would be working as a news producer in a war zone. Then she got a job as a publicist for the Netflix television show, The Crown, and realized that her dream had changed—and she was living it.

“It’s such a privilege to be working on a historical drama featuring a female character. This would have been my favourite show,” says Elwell, who started in 2015. “I remember when they were recreating the royal wedding and I thought, ‘I’m just a kid from Canada. I can’t believe that I actually have a reason to be here.’”

As the show’s senior publicist, Elwell describes herself as the program’s embedded journalist, archivist and storyteller. She manages onset photography and behind-the-scenes filming, as well as media and public appearances for the actors, producers and other key creatives.